Home » Awareness of C-section is important for the mother

Awareness of C-section is important for the mother 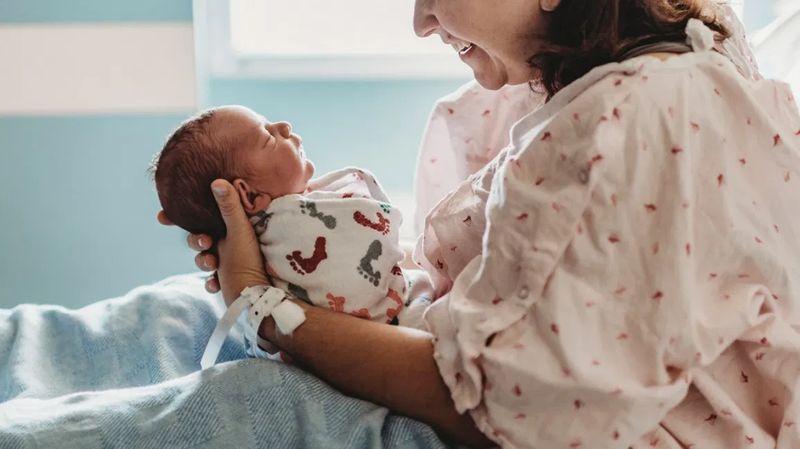 C-section, also called major operation, during which a woman faces many problems and pain to give birth to a new being, it is very important to be careful in it so that two lives can be saved.

Children are a blessing for which the mother is willing to endure every hardship, whether the child has just come into the world or has the potential. The process of becoming a mother is very painful for a woman. But His happiness is so great that he overcomes the pain.

Every woman desires that when she is engaged in marriage.She should dedicate the happiness of children to her at the appointed time. Children are the gift from which a woman considers herself strong and secure. In order to have children, she She makes every effort and succeeds in it, but there are some women who are deprived of this blessing in spite of all their efforts.

Giving birth to a new being is a great ordeal for a woman and she has to go through this ordeal with great courage and passion.

When a woman becomes a mother, her health, diet and comfort are taken care of. The slightest carelessness can be detrimental to the mother and the unborn child, as well as many other problems of delivery.

What is C section?

This is actually a method that is used in case of some complications instead of normal delivery so that the lives of both the mother and the baby are safe and the mother fixes the stages of distress as soon as possible. Decide whether the delivery should be normal or the existence should be brought to the world through C-section due to complications.

In C-section, the birth of a child is done by cutting the mother’s abdomen, which causes many more problems for the mother at this time and in the future. If care is not taken during this time, life becomes a test for the woman. Is left

If the leopard pan is not large enough to open the cervix easily, a C-section is used. If the baby’s condition worsens inside the abdomen or his heartbeat slows down, a C-section is necessary. Even if the child’s position is not correct, the C-section has to be resorted to. Even if the baby is more likely to have shortness of breath during delivery, doctors still recommend a C-section. The same procedure is used if the woman already has children from the C-section. C-section is also necessary if the mother suffers from a heart condition or an illness that labor pains cannot tolerate.

Narrowing of a woman’s hip bone

Increased swelling of the body

The baby’s posture is crooked or slanted

The baby is upside down

Awareness of C section for women

By the way, every woman is mentally ready for every problem during motherhood, but in case of C-section. It is important that the woman be informed in advance, so that she is mentally ready for her problems. Most women undergo major surgeries. That is, the C-section blames the weakness of the woman, which is completely wrong. It is important for a woman to be well informed that her baby will be born by abortion. So that she can work with courage and enthusiasm and this process can be completed very well and both of them can live in safety.

It is very important for a woman to be aware of the fact that she is given drugs that cause intoxication and drowsiness. It is also important for her to be aware of the side effects that can occur after this. May also have complaints such as vomiting, nausea and indigestion,It is important to be aware of this. Since C-section is done by cutting the abdomen. Then stitches are put in the body internally and externally which also increases the risk of wound infection. Urine The bag is inserted before the operation. The woman’s uterus should not be overweight and she should go through this stage with ease. They give medicines that also heal wounds And there is relief in distress.

Women who become mothers after a C-section, that is, a major operation, need to be very careful. It is better not to miss the precautionary measures. Care should be taken in ascending and descending the stairs after the operation.

But continue dieting and caution until the internal wounds are healed. It takes a little longer for the mothers who have had a c-section to wean. Which makes them go through a ordeal, during which the mother needs a lot of courage so that It is important that the baby gets its first food. Babies born with a C-section are usually weak and their immune systems are not working properly. Which can lead to early attacks of diseases.Care should also be taken with regard to the baby. If the first child is born from C-section, then mothers should be mentally prepared to go through the same stage for the coming children.