Home » How to treat and cure dengue?

How to treat and cure dengue? 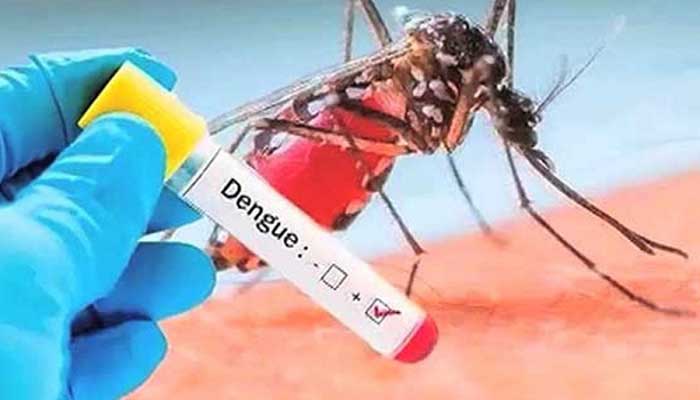 Dengue is a mosquito-borne disease that affects about 100 to 400 million people each year. The virus that spreads dengue is called the dengue virus; And it is found in parts of Asia and Latin America.

Mosquitoes are substances that spread the disease. Female mosquitoes need blood to lay eggs, which they do by biting humans. While biting, the female mosquito releases its saliva, which prevents the blood from clotting, during which time it obtains the blood needed for its eggs.
If the saliva contains the virus, the person will get dengue fever. In addition, the disease can spread from mother to baby during delivery and during blood transfusions.

Dengue is fatal in very few patients, while in most people it is just a flu-like condition that goes away on its own in a few days.
-High fever

۔ Inflammation of the glands

۔ Pain behind the eyes

Most of the symptoms are mild but the most severe are:

۔ Bleeding in the urinary tract

۔ Bleeding from the gums

In the presence of the above symptoms, the doctor may prescribe the following tests:
۔ Nucleic acid amplification test:
۔ Serological tests:
These tests are to detect the presence of antibodies against the virus in the blood. IGA and IGM are generated 5 days after infection and 2 to 4 weeks later, respectively.
After doing both tests, the doctor’s diagnosis is unmistakably dengue.

Medical experts say that drinking papaya leaf juice in the morning and evening is very useful for this type of patients. If there are minor symptoms, only painkillers such as penicillin are effective.
In case of severe symptoms, hospitalization is done and blood transfusion or fluids are given through IV line.

The best way to prevent this is to avoid female mosquitoes, which is possible in two ways. One is to control the mosquito population in your area and the other is to get vaccinated.
The vaccine for this disease (called dengue vaccine) is given 3 times a year but its effectiveness is not complete.

Therefore, the best strategy is to take the following measures:
Use mosquito repellent lotion
۔ Use clothes that cover the body
۔ Close holes and other openings in the doors of your homes
۔ Drain the standing water somewhere in the house
If you suspect that a loved one or you are suffering from this disease, consult a doctor immediately.